Struck by a Fey mood, I added multiplayer today

As usual I’m using Photon’s Unity networking solutions to rapid prototype multiplayer, though this time I’m trying out their new PUN2 release. It still has the same 20 CCU free base deal, which is perfect for jam games like this.

Helicopters and mechs are synced, with some extra logic for player’s gaining (networked) ownership of any mech they dock with. Also added late joining syncronisation so existing players will tell any new joining players about the state of the world, where mechs are, etc

Lots more aesthetics work today! I really should have prefabed those mech legs when I was originally prototyping all the different mech designs, as that would have made this process of changing the models/shaders way more straight forward!

Still, it’s done now and looking great (if I say so myself). I also added a quick script to change individual mech highlight colours for some variety :)

The engines added to the back of each mech’s torso are intended to be part of the mech fuel feature going forward, but for now are purely aesthetic.

Finally I worked on polishing the heli-cockpits! They now properly face their direction of movement, cast dust off their blades, & have sound.

I’m using the FlatKit shader plugin for Unity (which is fast becoming a favourite of mine, its super versatile - we used it for PsiFrost too!) along with various Kenney asset packs - mech bodies are built out of train carriages and monorail segments!

I love bodging stuff together like this, making things out of random other assets. It reminds me of my Garry’s Mod days, good times…

I missed day 2 but here we are with some more Mech Jam II!!

Today I added the heli-cockpits! Allowing players to switch out mech bodies and control schemes at will. This is to feed into the planned puzzle platformer aspects of the game.

Today marks the start of Mech Jam II on itch! The jam lasts two weeks and I’m really looking forward to it. I’ve been wanting to make a mech game for ages! I’m planning to make a puzzle platformer style game about exploring a wasteland in various mechs - focused on different traversal tools. 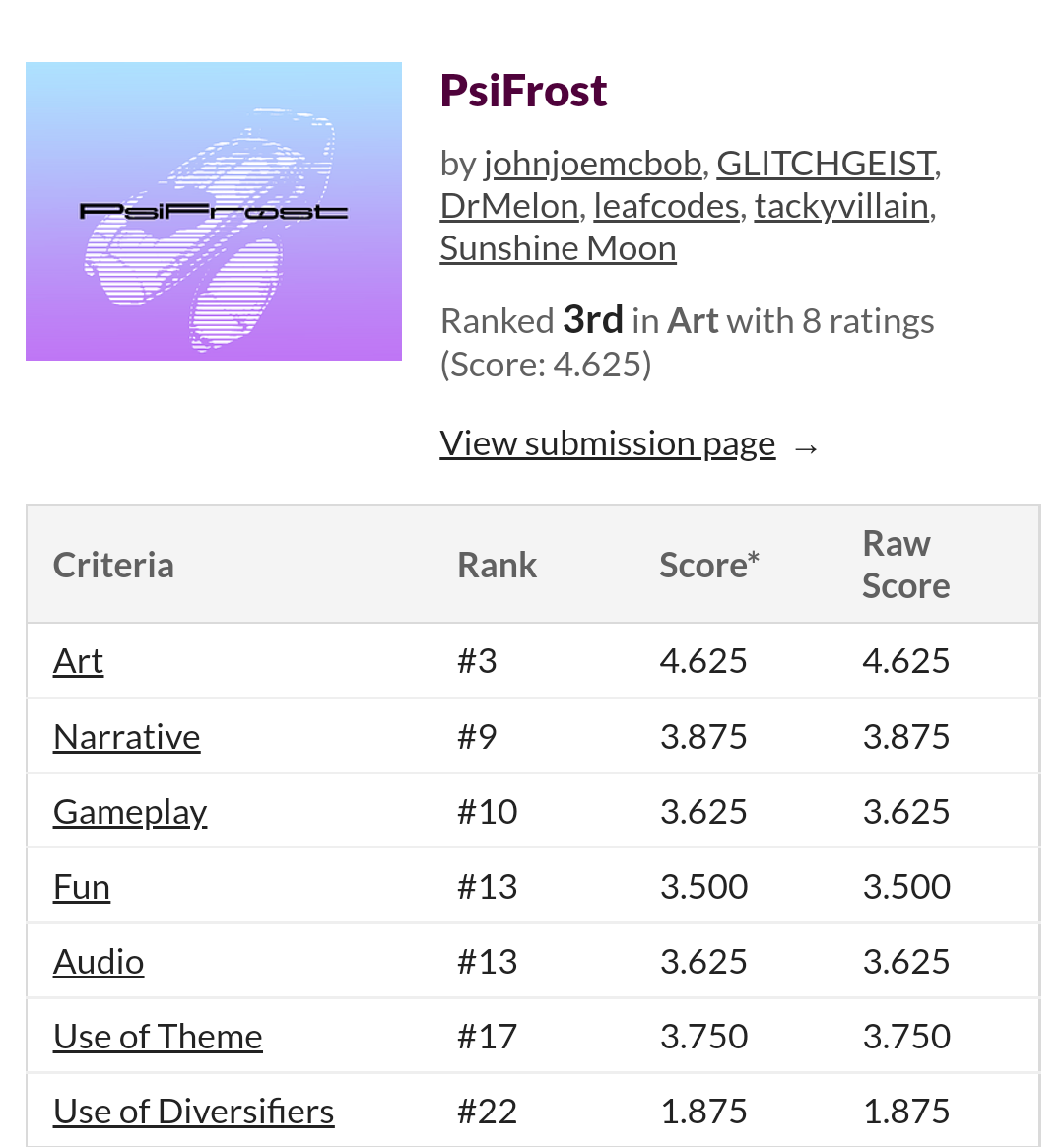 We're super proud of our wee game, but here are some reflections now that the jam is over and we've had plenty of feedback!

I ended up posting a hotfix to remove the lose conditions, as people weren’t able to complete the game. The idea was if every other ghost driver reached the checkpoint before you that you’d fallen too far behind and had to retry from the last checkpoint. Now you can keep trying forever, which helps people to focus on having fun with the driving + movement and listening to the narrative.

Don’t leave all your level design to the last minute. I’m still super proud of our track designs considering this fact, but it was way too stressful and could have had plenty of time for iteration otherwise.

The main feature left for me to work on today were the… Ghost paths!!! I went through all 26 tracks in the game and recorded each racer - each with their own personality and movement quirks! It was actually pretty fun, if a bit tedious. Luckily racers drop out of the race one by one (oop spoilers) so my workload steadily lightened as I reached the end of the day.

I’m super proud of what we were able to accomplish in these two weeks of part time development though!! Check it out yourself on itch here; https://johnjoemcbob.itch.io/psifrost 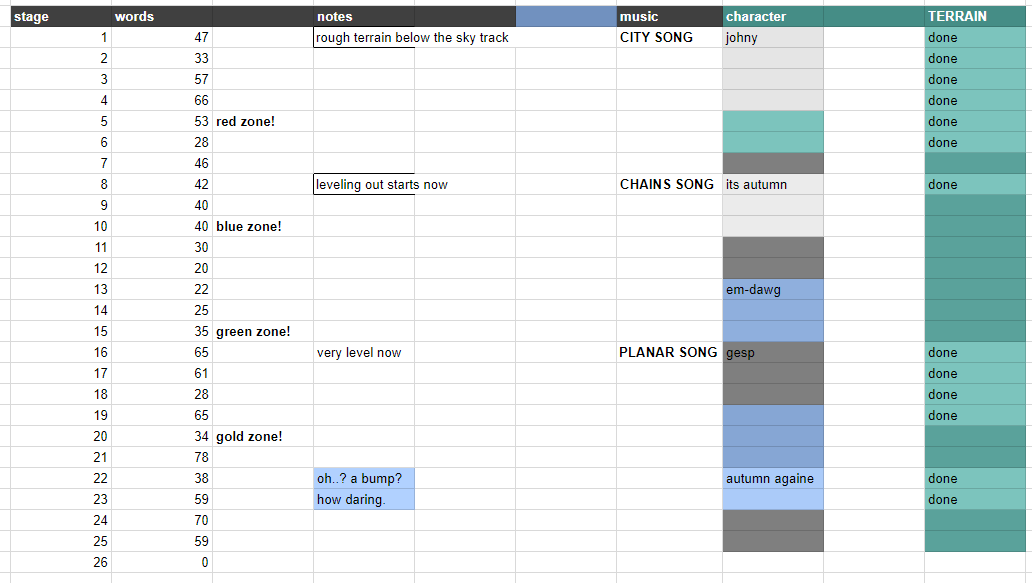 Today was a whole bunch of level design work! Don’t leave your 26 tracks worth of levels to be designed on the second last day of development, folks! To combat this we split the segments between those of us with Unity editor knowledge (and Emmy, who learned, thanks Emmy!) It was still a ton of work and I was in charge of 99% of the terrain work (since that doesn’t merge well via source control) but here we are! All 26 levels are laid out.

Tomorrow I’ll be going through the long process of recording all the ghost paths for these tracks!! For once my job really will be to play video games all day.